Who is Poker's GOAT

ok, here is my choice, a man most consider the greatest poker player who ever lived - Stu Ungar

The only guy who has won the WSOP 3 times, which will never be replicated

My vote is for Stu ,as well as you can see in my profile.

I would say Phil Ivey too.

Technically, Johnny Moss also won the WSOP 3 times, but the first one was by vote. Legend has it they had to vote twice too. In the first vote, every single player voted for himself as the best. In the second vote, they asked, "Who is the second best player in the world?’ and Moss won.

If we consider who was the best for their time the answer is Stu Ungar without a close second. That said I give Phil Ivey second.

Both players strength is an ability to read an opponent and understand what they’re thinking. But Stu’s abilities bordered on supernatural. He once called an all in river bluff with 10 high at a WSOP main event final table and won.

But you can’t compare players from different generations as the game continually evolves. It’s like asking who would win if Magnus Carlson and Bobby Fischer played a game of Chess? How many home runs would Babe Ruth hit against modern pitchers?

I agree with Tiggy on Annie Duke for the ladies team. She is the female GOAT. With honorable mention to Jennifer Harman.

Also worth mentioning is Mike Postle. It’s widely suspected he was cheating but it was never proven. (He was sued in a civil case that was dismissed for lack of evidence) If he was able to make these plays legitimately he is on the level of Ungar and perhaps beyond. 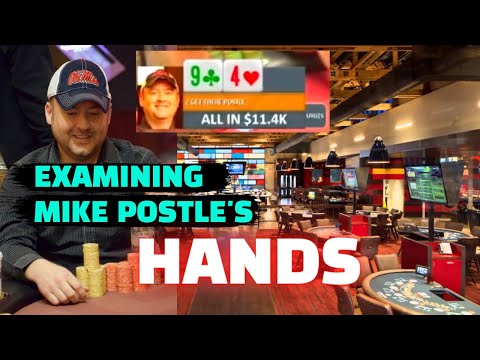 Also worth mentioning is Mike Postle. It’s widely suspected he was cheating but it was never proven.

It was proven to my satisfaction. Maybe there wasn’t enough evidence in one particular civil case, because some of the evidence didn’t apply in that instance, but there seems to be plenty of evidence in general.

No woman has ever won the WSOP main event, which has been running for over 50 years. Women make up about 3.5% of the field. I’m not saying that women have cute little brains and aren’t as smart as men, but do the math yourself. (ask a man to help you if you need it)

Ive watched some hands mike postle played, and he definable cheated, if not he is so good at poker he should not be playing 1/3. Ask any poker player to watch 3 of his hands and no one will say he didn’t cheat. His folds and calls are insane and crazy. If he isnt cheating then Id be very impressed.