Why is Poker called Poker?

No one knows, it’s one of many mysteries about the development of poker. There is no evidence of connection to earlier games. The card play is based on common principles and could have easily been made up on the spot by any experienced card player in the late 1700s or early 1800s. It is the betting structure that is unprecedented, and by the time it is first documented reliably in the 1840s, it was fully developed, likely as a result of many decades of refinement, completely outside the general evolution of card games or gambling.

The argument against a derivation from a foreign language is it was never spelled any way but “poker”—unusual in an age of limited literacy—and never hinted of an unusual pronunciation. While there were many variants distinguished by adjectives, there was never any dispute that they were forms of poker, subject to poker principles. Moreover, from very early times it was widely reported that the game was common in the American Northwest (what we’d now call the Mississippi Valley region), and virtually unknown outside it. It was considered to be a game native to those parts, not an import or variant of another game.

It is a variation of a French card game called “poque”, meaning “bluff.” When the game came to riverboat casinos in the southern US in the 19th century, the American accent created the pronounciation “poker.”

It could also be a derivation of the German “pochen,” which means to brag as a bluff. There were quite a few German immigrants in that area at the time. 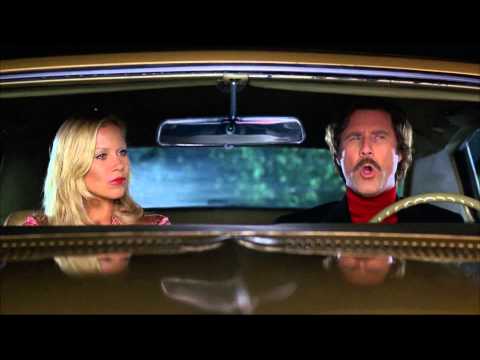 You may carry on now

What an outrageous lie this guy is telling this poor innocent girl! I could tell you how that is called in German, but then I would probably be banned from the forum.
BTW, “pochen” means knocking (on the table).

Yes, pochen literally means to thump or knock, but like the gorilla who thumps its chest to display strength they might not actually have, the term is used as slang for a bluff.

The card game “Poker” first was called such around the early 19th century. Despite this happening fairly recently, it isn’t directly known how Poker got its name, but there are two leading theories that more or less coalesce into one very probable origin. The first theory is that it came from the name of a French card game that resembled Poker somewhat called “Poque”.

There was also a German card game that is similar to Poker called “Pochspiel”, which in turn got its name from the German word “pochen” (which is also where the French “Poque” got its name). “Pochen” at the time meant “to brag or bluff”. It should also be noted here that even after Poker got its name, it was also sometimes called “bluff”.

Most Poker historians tend to lean towards the French “Poque” origin, in terms of where the game directly got its name, because Poker seems to have first popped up and spread from New Orleans in the very early 19th century. Not too surprisingly from the location, the French game of Poque was commonly played here, lending credence to the “Poque” origin. Whether that’s the case or the alternate “Pochspiel” derivation, it would seem very plausible and probable that the ultimate origin was from the German “pochen”, which meant “brag/bluff”.

Thank you Craig!! Learn a lot from you!!

My pleasure my friend. Lots of knowledge in the forums

Don’t know but I do know how a Town in Arizona got its name . A buddy of mine owns property in Show LO Arizona. His property actually has the Original town and Main Street of Show LO, just the stone foundations remain. To the point, Show Low named after a LONG poker game between Cooley and Clark. Winner showed a duce of clubs and showed LOW. Hence the name
Show Low

I have a sister who lives in Show Low.

Arizona has had some “unusual” place names over the years. Back in the 1970s, the Department of the Interior, through its mapping section USGS, changed the name of a mountain to “Outhouse Mountain” from its former less correct–but, more evocative–name.

You can also translate many place names from their original Spanish to find some surprises. Start with what we now call “Grand Tetons.”

Because nobody wanted to poke Him!