What’s the biggest adventure you’ve done?
For me, hiking for two weeks in Tarfala and Kebnekaise in northern Sweden! To be one with nature is magical! 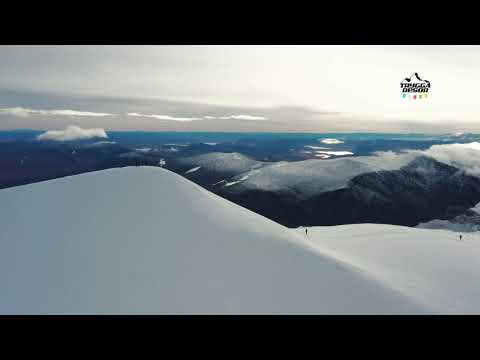 I did my military service on Gotland, it was fun! I was in infrastructure, bridges and so!

Thank you my friend. Thank you for serving. My service wasn’t any fun but I got to travel the world and well you probably know the rest. Your post on that mountain video was spectacular

I’m a man of many adventures!

I could say being a tank gunner in the 3d Armored Cav, but that was more of a job than an adventure.

I might say taking up technical rock climbing to get over my fear of heights, but that was more a journey of sheer terror than an adventure. But hey, I’m no longer afraid of heights.

This being a pokering site, I will say winning a seat to the 2006 WSOP Main Event was an adventure. They had 72 freerolls a week, each with 3500 entrants. Top 50 from each met on the following Saturday, so 3600 of the top finishers playing for 9 seats.

(Technically, the top 10 won a seat, but first place was a seat to the first $50k HORSE tourney, and nobody wanted to win that seat)

That had to be fun! Respect!! Thats a dream

traveling to the north pole on operation deep freeze

That most been amazing!!!

I took a job to run a casino in Jerhrico and lived on the west bank for 4 years - rocked up casino not yet built and we had to build the tables ourselves, it turned out to very successfully on opening night we had 7000 people had to close the doors 1 year later we expanded and a hotel was built … then it all kicked off was locked in for 4 days in the casino resort - got issued guns and somebody who I will not say came and thrusted a baby at me (i don’t have children) the gun being given i had no problem with but the responsibility of a something so small freaked me out… my adventure was 3.5 years I met so many friends and rescued My Lucy a puppy left to die in the desert she is no longer with me (she did well for 18 years). Every day since then has always been an adventure it opened my eyes to people are simply people and taught me to respect peoples values and beliefs wherever you are . It also made me who I am now, take everything that comes your way as something to learn and there is always another adventure just around the corner…

I have had many amazing adventures in my life. It was hard not too, being married to a British invasion rock god in the early 60’s. Though it was my first trip to America that will always be the best, in my mind. Long long ago, in a land far away, long before cell phones, my husband and I traveled to North Lake Tahoe for a meeting he had with Bob Moog, who was vacationing there. I had read about a place called Pyramid Lake, which had been billed as the most prehistoric place on earth. His meeting was not until the evening, so we rented a car and set off to see this place. Now I’m sure it has probably changed somewhat from the 1960’s, but what an amazingly brilliant Lake. We knew there were Native Americans who lived there, and were thrilled to see them performing some ceremony off in the distance. We stopped the car, to take photographs of our surroundings. The lake, the mist, the mountains, were breathtaking. Unfortunately, the Piaute tribe was not so happy about us taking pictures. They started running towards us, screaming. My husband grabbed my hand and we ran back to the car, leaving his telephoto lens on the ground. We had been driving for about five minutes, when we realized the paved road had stopped. Not sure what to do, we stopped to look at the Atlas. He said we should turn around, that we would probably be okay to drive by them quickly, but I said no…look at this dotted line on the map…I’m sure we will come out on a road if we just keep going in about a 1/2 hour. Pulling forward about 50 feet, he said no, let’s turn around. My response…'Where’s your sense of adventure?" So onward we went. No road, no houses, nothing but desert. We were looking for Honey Lake, because, that’s where the map said we should turn back West, to find the road. After about an hour, we knew we were lost. The only life we saw were 3 different herds of wild horses. After 3 hours we stopped the car to go to the bathroom. Stepping out on to the desert sand, we both were immediately struck by the silence. Not a sound to be heard. Never have I experienced such a complete feeling of peace. Back in the car, we kept driving, when he said…I’m sure we’ve been here before. At that point we turned from the Nevada page of the Atlas, to the California page, and realized that Honey Lake, was a dry lake!!! We had been driving in and around it for almost 6 hours. It was getting quite dark when we finally found a road, about 2 hours North of where we had started. If the car had broken down, or run out of gas, we would have been in real trouble. For the rest of our lives every time we were faced with a big decision I would say…“Where’s your sense of adventure?” and his replay was always…I left it in the Nevada desert.

That was an adventure!!!

I have that same picture as my screen saver… so magnificent.

Jumped out of an airplane on my 65th birthday. Bookend that with looping the country the summer of '73 with three other guys in a VW bus and only $50 in my pocket.

Tops anything in my book, those who serve our country who protect our freedom are heros!! Thank you