What is affected by the RNG that Replay is so proud of?

The RNG certificate is at the bottom of the screen, but what is the RNG actually affecting? It could be who deals first, who is going to win a particular hand, who is going to win the tournament, what cards are going to fall as your hole cards, what cards fall on the flop/turn/river … or heaven forbid, the totally random shuffle that doesn’t change throughout the hand. Can someone from tech/support please enlighten us?

OK, I’m not from tech support, but I did sleep at a Holiday Inn last night. Probably the next few nights too until my wife forgives me… but I digress.

Here’s Replay’s fairly detailed explanation for how all this works: (this can be found in their FAQ, though honestly, you’d think any FAQ worth its salt would also tell me what the hell is up with Kanye West, because lord knows that question gets asked all the time)

"We guarantee that the RNG we use in our poker software and our shuffling algorithm are 100% fair, random, and not “rigged” in any way.

To prove that our RNG is truly random, it has recently been tested at iTech Labs, one of the leading accredited laboratories for online gaming certification. iTech Labs found that “the card sequences are unpredictable, non-repeatable and uniformly distributed.”

The numbers generated by our RNG have passed Marsagalia’s “diehard” tests for statistical randomness.

The dealer program has no regard for player history or what cards you’ve been dealt in the past, nor does it account for the cards that have been dealt previously at the table. On each hand, a new deck is created, then it is shuffled, and then it randomly generates each individual card as it is dealt to the player on the table. It does not calculate the types of hands that will be dealt and it certainly does not favor one player over another.

Our system does not take into account where players are sitting, hand history, spending history, chip amounts, player location, gender, moderation actions, or anything else. When you’re dealing hundreds of thousands of hands every day, there’s every likelihood of receiving patterns of hands that appear not to be random. In the same way as when playing roulette, you occasionally see long strings of black or red. It’s all a part of the long tail distribution of possible outcomes.

Another factor to be aware of when playing online poker with play chips is that other players are more likely to play more freely with their chips than they would be at a physical table with real cash. Some players will go all-in frequently with their free chips or make large bets wildly. In some cases, these players have good luck in a hand and end up winning the hand. Rather than assuming that the player knew what was going to appear on the table, it’s important to recognize that poker is a game of luck as much as it is one of skill and that everyone has good luck sometimes."

Thanks for the response. I’ve been playing for decades at real tables, so my question isn’t just coming out of thin air. Sometimes it just seems like the ‘randomness’ is missing, but maybe I’m just butt hurt from a bad loosing streak.

Basically, the RNG Replay employs - or any honest RNG governed by an algorithm - is by nature, not purely “random” as its ability to be random is only as good as the algorithm allows - and true randomness cannot be dictated by a computer program. The real term is “psuedo-random.” That’s where testing by a group like iTech comes in - if the algorithm they test does not show adequate “randmoness,” they’d see it. In Replay’s algorithm, they certify that is effective at being “random.”

MIT School of Engineering | » Can a computer generate a truly random number?

It’s about as random as random can get. No complaints from me….

It tells you that a trustworthy external entity has reviewed the algorithm Replay uses for shuffling and have found it to be sufficiently random. Among other things, it tells you there’s no predictable pattern that could be exploited by an advantage player.

A distrusting person might claim there is no proof this algorithm is actually being used. Replay presented an auditing firm with their code, it was reviewed and certified. But it’s impossible to know for sure if they’re actually using it! If Replay made hand histories downloadable they could be mined for statistical anomalies, but alas we don’t have this. (I don’t think it’s rigged btw) 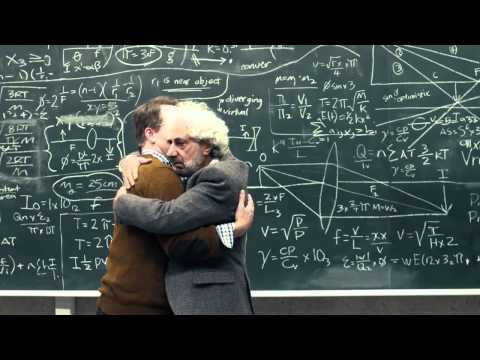 Full disclosure - it was a Motel 6 - and not one of the fancy ones!

The main function of the pRNG (pseudoRandom Number Generator) is to create “shuffled” decks for each hand. A new deck is created for each hand at each table.

They basically start with an ordered, right out of the box virtual deck. A number is generated, and the computer uses this number to “cut” the deck at the specified location. The cut-to card is then removed and placed into the new deck.

This process is continued until all of the cards have been moved to the new deck.

They then deal from this deck, one at a time and off the top, for the duration of that hand.

The pRNG they use is very very close to random. I would guess they are using some variant of the Mersenne Twister, if you’re interested in looking into that.

The thing about an RNG vs an actual shuffled deck is in a real deck each card can only be in one specific order. Now, if the RNG guarantees that if a previous RN is generated, a new number is generated and assigned to that card before re-sorting the virtual deck then I would agree it is truly randomized before the deal.

What I mean is if there are two or more of the same random numbers assigned to cards before the sorting and dealing of the cards, I don’t think this is random.

MT uses sequences as long as 2^19,937, so 2 duplicate numbers is extreemly unlikely.

I don’t think that would matter much though. I don’t know how they do it, but I would generate a random integer between 1 and 52, move that card, then generate another number between 1-51, and so on.

If one were cutting a physical deck, one would expect to randomly cut 23 from the bottom, for example, twice in a row sometimes. I just don’t see how this invalidates the randomness. 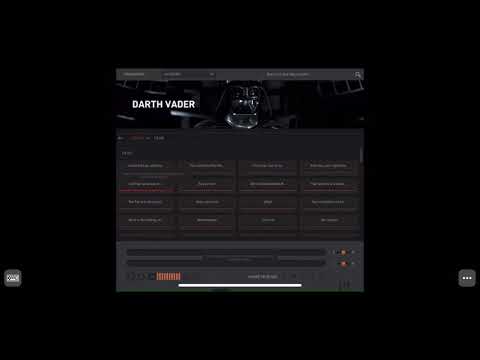 … I just don’t see how this invalidates the randomness.

Because in order to mirror a shuffled deck, every card has to have the same probability of being dealt 1st, 2nd, 3rd, 4th etc.

I don’t think that would matter much though. I don’t know how they do it, but I would generate a random integer between 1 and 52, move that card, then generate another number between 1-51, and so on.

I’m fairly certain this methodology would result in multiple duplicate numbers being assigned in the deck.

I don’t know exactly how they do anything. What I said about how they construct random decks was from what I remembered from a post years ago, where one of the devs explained it. The industry seems to agree that the way they do it here works.

Other than that, I don’t know what to say.

I was a Mathematics major and studied and used industrial statistics most of my career.

The argument that duplicate numbers must be assigned sometimes is moot because actually no numbers are assigned to any particular cards. I have written randomization routines in some programs I created that work exactly like SunPowerGuru described in the previous post. Excel has a function to generate pseudo random numbers that is used to select a number from 1 to 52 in this case. Say is is 37. The 37th card from the top and becomes the first card in the shuffled deck, leaving 51 cards left, so the next random number is between 1 and 51 and that card becomes the second in the new deck. The process continues until all of the cards are in the shuffled deck.

The entire deck could be shuffled first or each card selected as it is dealt. I would make no difference in the randomness. I think I read the RP shuffles the deck at the beginning of the hand duplicating a hand shuffle.

Memory being what it is, I found the original post I referenced. This is from Gatzby, who was a dev here when he posted in Sep 2015, in the thread, “The Fairness Debate.”

In our system, random is truly random. The dealer program has no regard for player history or what cards you’ve been dealt in the past, nor does it account for the cards that have been dealt previously at the table. It does not calculate the types of hands that will be dealt and it certainly does not favor one player over another.

Here’s how the dealer works: For each hand, we create a new deck deck of cards ordered lowest to highest. A card is then randomly selected from that deck and put it into another deck. This process is repeated until every card has been randomly selected from the first deck and moved to the second deck. After the second (entirely random) deck is complete, the dealing process begins from the top of the deck just as you would have in real life poker. As mentioned before, this process has absolutely no knowledge of anybody’s hands or previous decks.

I have written randomization routines in some programs I created that work exactly like SunPowerGuru described in the previous post. Excel has a function to generate pseudo random numbers that is used to select a number from 1 to 52 in this case.

That’s interesting but I think you should try doing it as described (using Excel or whatever you have available) and come back with how many duplicate numbers were assigned to specific cards or numbers (1 - 52) because as I posted previously each card has to have the same probability of being selected 1st, 2nd etc. in order to being considered random. But, when there are duplicate numbers assigned to different cards and sorted in ascending or descending order the cards order is no longer random.

My understanding of the Excel =RandBetween(1,52) function will assign a random number between 1 and 52 for each and every card and doesn’t decrease the max value by 1 each time applied.

I think you should try doing it as described (using Excel or whatever you have available) and come back with how many duplicate numbers were assigned to specific cards or numbers (1 - 52) because as I posted previously each card has to have the same probability of being selected 1st, 2nd etc. in order to being considered random.

Here you go. I just did it with 5 cards so that I could make a screenshot of the whole process that was a reasonable size. I got duplicate numbers a couple of times - 4 twice, 1 twice. There is a 1/5 chance of any card ending up in any given position in the final deck.

and doesn’t decrease the max value by 1 each time applied.

Right, it doesn’t. That’s part of the rest of the algorithm though - remove the card that was picked and then reduce the range for the next random number by 1.