What gets under your skin?

so what annoys you?

The zzzzzzzz’s can be annoying, even though the comment is rarely meant for me. Usually I ignore them, but if it is happening every hand, I eventually tell the player to take a nap if he/she is so tired

Whenever someone goes all Helmuth on me at the tables, this is what’s playing in my head 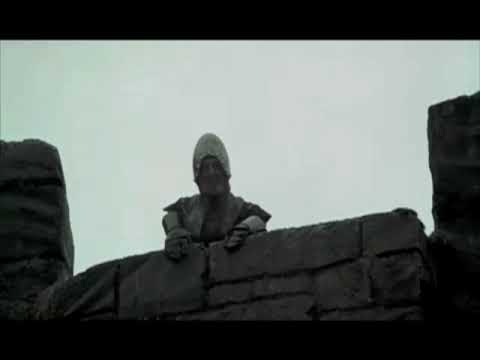 People who can’t lose gracefully. Unfortunately, that means i annoy myself, now and then.

Forgetting i signed up for a SnG, getting 0 tourney points, and screwing up my LB rankings.

Bad beats, “excessive” beats (like when they’re ahead preflop, and then hit a pair, and then it improves to trips or two pair or a boat or a straight on top of that), when I can’t catch a break for too many hands, when I keep losing just barely.

I’m trying to not let it bother me though. I win enough chips to where it shouldn’t bother me. After losing 3+ games in a row it starts to bother me more, and I’m working on it. Like @waidus I do annoy myself sometimes.

What really annoys me is when someone makes it to showdown with a better hand. I don’t know why the site tolerates such rude behavior. Why would anyone call my river bets when I am making it clear that I would like to have that pot? Such greedy, self-centered, anti-social behavior should not be allowed!

lol I would start posting all your hole cards every hand that you fold pre after the hand is over.

And yeah the opps players give you after losing a pot is fairly irritating. Everything else I’ll just ignore or mute if necessary.

Still it reminds me of playing poker a long long time ago with friends. It was late at night and one friend was particularly tired I guess. He kept audibly mumbling his hole cards “accidentally” preflop & we kept re-dealing. I guess it annoyed me the most as I was first to say we aren’t re-dealing again if you keep saying your cards.

Exactly. If I keep calling their raise or call then they should absolutely know I want that pot lol

By the looks of yours Craig,i would guess ink

Judging by your post, one could think that Replay has a very strict table etiquette. Even such impatient, but actually harmless expressions like “zzzzzz” or “fu” seem to be against the rules, and could be reported.
About two months ago, I had a very disagreeable encounter with a Dutch player at a ring table. As soon as I joined the table, out of the blue he started insulting me in German and Dutch, screamed several times “Nazi Pig”, called me wh.re (how original!) and many names of the same kind, and said at least ten times in a row: go away, go away.
I had never seen him before.
Since I take everything with sense of humour, at first I laughed because he reminded me of Steve Martin in “Dead Don’t Wear Plaid” who goes berserk every time he hears the word “cleaning woman”, and I thought it was the same for him with “miri123”.
I only wanted to play a couple of games in peace, though, so in the end I left the table.

Some days later, I met him a second time, and I had the “pleasure” of enjoying the same abuses for a quarter of an hour. This time I reported him, specifying it was not the first time it happened, and I included a small but very representative copy of the chat.
Evidently nothing happened to him, because I met him a third time, and he was totally free to insult me again.

This morning the same with another player.
At a ring table a spectator started harassing a French player with insults in French and English, and went on for several minutes. It was very bothering for the game, so I asked him why he kept on talking from the outside with somebody who clearly didn’t wish to talk with him.
I acted like a lightning rod, and he directed his fury towards me, calling me the usual names and encouraging me to take care of his private parts. LOL Sorry, but so it was, more or less. When a British player intervened, he started ranting about foreigners (i.e. all non-Americans).
I reported him, saying exactly at which table and when it happened.

Do you think there is any probability I won’t have the same experience with that man again?
Somehow I’d prefer to concentrate on the game rather than on my virtue.

I sympathise with you for having expierienced such awful behaviour at our tables, I can assure you that Replay does take these occurances seriously, The reports that go in are acted upon with various degrees of mild to very stern consequences however the actions taken are kept between the “Offender” and the Staff member and are not publicised or passed on to the reporter … in your case, ( I would assume that ) the person would have been warned or muted for a while at the first offence and then ( if a second report was sent in ) the next phase of punishment would have been more severe… and so on.

The system isn’t perfect and I wont pretend that it is, … however Replay has to bear in mind things like “was it a one time burst of anger” or "momentary ‘Brain freeze’ " which is why it is important to always report these players EVERY time so that a pattern can be seen and the matter dealt with properly, all too often the bad behaviour is reported once only and should we ban a player for one outburst ? … if however the reports come in and a pattern can be seen then the system/staff can make a fair decission.

Perhaps not the perfect answer to your comments and maybe not a perfect system but we must be fair to all and can only act on the evidence presented.

Guess I need to learn some more languages, lol. I seem to have the worst interactions with Mexican and Spanish males, but maybe that’s only cause I can understand them. They seem to tilt more and more as I remain silent and refuse to believe their bets, and win. When I finally respond to something in Spanish they go silent, realizing that I probably understood every insult tossed my way the last 30 minutes, until they check out my profile, then the comments get personal when they realize I am a woman. I usually just take their chips and call it good, but if it is bothering anyone else, I’ll report it. Mostly seems to happen in rings and I don’t play those much anymore, so its been awhile since I’ve had to report anyone. I’d like to report everyone who says zzzzz, but it happens so often, and can’t make a report while still in the hand. Seems like that is a minor offense anyway. I’ve seen players pulled from a table for harassing other players, but never for saying zzzzzz.

I perfectly understand, and I obviously agree that all intercourses between Replay and players must be strictly private.
With my post I just wanted to show that there are bigger harassments than an occasional zzzz or an expression of anger after losing a hand, however annoying they might be.

I normally can take good care of myself, and I seldom feel “outraged” for any insult. If I don’t respect the person who abuses me, how can I feel offended?

In all my years at Replay, I have only reported 3-4 people (as much as I remember), but only because they pestered me for a long time. They were affecting my concentration on the game and my pleasure, and I felt it as an injustice to let them “win”, and leave the table without taking any action.

I can have a moderately educated conversation in several languages, but I can proudly say that I can insult people in many more! That was the hard school of Pokerstars. I have never been tempted, though, to put my theoretical knowledge into practice.

I agree with you that to take the chips from the morons is the best reaction, and highly satisfying.
Sometimes, though, silly cards refuse to cooperate and support me.

Generally speaking, I would say that losing is most annoying…although winning a small pot with a big hand is also irritating…

Nobody likes to lose, of course. But for me there is a huge difference between losing chips to a skilled & friendly player (which I respond to with a smile and congrats most of the time) or failing to punish (and maybe even losing some chips to) a cocky beginner, who insults you in the chat for playing tight or being careful in face off preflop all ins, like I just experienced yesterday.

I had played one hour with really bad hands and outs, lost my first stack for a bad call, so I really tightened my game and waited patiently for a playable hand.

Now there was this one player who started bullying me for playing tight (which is already stupid enough) but he also considered himself a “real player” and the other players were “baby players”.

So I really hoped for some hand. And it came after another half an hour. I had my first straight flush since I joined Replay and I played it well, so I took a really big pot and it got all silent in the chat…

That got under my skin in a positive way, I was so satisfied, that I even was able to do this without any comment about it in the chat (although it was obviously tempting). I had another nice hand und took another pot, after which I decided that it was time to leave before I felt invincible.

Well done!
We all dream of moments like that. At least, I know I do.

Oh, yes, we do. But most ofnthe time we have to be very patient…