At some time in the future are we going to be able to combine tickets for a larger tournament ?

Example; if a player has a bunch of 5K tickets will they ever be able to combine them to enter a 15K or 50K tournament ?

Right now we only have the option when entering a ticket tournament to use 1 ticket or chips.

Craig,
I must say, if you don’t want 5k tickets, then don’t enter that MTT to win them. In essesnce you are just asking for them to give you the 5k or the 15k, so you can use it how you want. If thats how you want it, just compete for chips not tickets.

Personally I think its dumb to spend 2k, to win a 5k ticket… the whole idea of a sattalite is not for blanket entry, its for targeted specific entry. The ticket MTTs to me, are not really sattalites, whereas the Champ MTT tickets are exactly a sattalite.

Lets say you are holding a specific MTT on a Saturday. You run sattalites all week long to get ppl for that 1 Tournament… Chris Moneymaker won a sattalite to get his entry into a specific WSOP Tournament.

i would like to see satellites added for the big buy-in tourneys, in real money satellites are also meant to reach tourneys you can’t afford normally, and these tourney can almost everyone afford.
so in short: i think that satelites for 1M, 2,5M and 5M would be a great idea.

edit: if these buy-ins are too high for some reason you might also consider a ticket for only the 1st place or top 3 or something like that. (of course this is completely optional.)

@Sassy_Sarah @yiazmat. Thank you for the different perspectives. I always looked at it as an easy investment, 2k for 5k and so on. Easy chips.

I’ll look at the bigger picture then and leave the small potatoes alone.

Craig,
All I meant was if all you want is flexibility with your 5k you won… just pay out the 5k, not a 5k ticket… see what I mean ?

just a small thought:
the 1M + i talked about would of course be best, but considering you played those 5K - 50K ticket satellites in the first place, you probably did purely for fun and not for grind, since the 87M you have is far out of your bankroll. so i mean you don’t have much to gain by playing these chip based, but if you enjoy them then just keep playing them, poker is meant to have fun of course

I personally would love satellites to the big money tournaments. I usually hang around the medium MTTs when I’ve got time to kill and want to turn a 15k buy-in to a 100k plus profit. A 25k-50k entry fee for a shot at a 1M tourney? Sounds awesome to me.

@Sassy_Sarah @yiazmat. Yes Sarah I understand what your saying but to you and Yiazmmat both, I play them because they are fun and fast, I get to see different players than I normally wouldn’t and make great chat. I also look at it as a good investment in my time and chips invested. I see though what you both mean.

million chip tournament. Now that sounds like fun for everyone.

“Mother of them all”

million chip tournament. Now that sounds like fun for everyone. 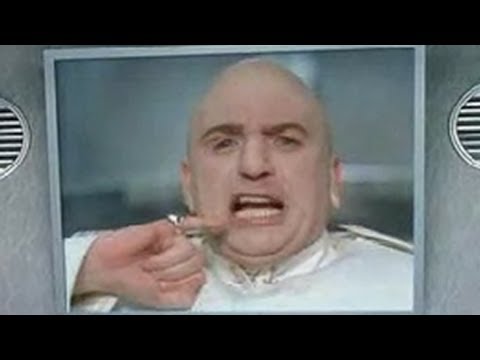 Craig,
I too see value in playing Low/Ticket MTTs, it keeps my mind sharper playing against them, but I don’t do it all the time anymore… I too have some tickets, but I save them for ( god forbid ) I lose my bankroll, that gives me some chance to rebuild other than the horrible 10/20 Ring games.

I really don’t think Full-Tilt ( when it pretty much was Full-Tilt & Pokerstars and thats it ) was dumb in thier 180 or 360 ppl freerolls for “real cash” … yes when that was allowed in the USA… But what you aren’t see’n is … playing a 360 ppl freeroll, and only having payout being Top 3 ONLY … 10 cents, 5 cents and 3 cents… I believe was the payout. The 180 was .02, .03, .05… respectfully… sure those were the only way to get $$$ from Nothing, but litterally those would close registration in under 2 seconds of being offered. ( they were offered every 5 minutes )

So if you wanna talk “the mother of all Sattalites”… Run sattalites once an hour Mon-Fri, for 10k entry, min 150 players, Top 3 get a entry into the Sunday “poor-boy millionaire” 1m entry MTT, then restrict that MTT to ONLY ticket holders from ONLY that week’s entrants, not ppl that can pay 1m to enter… 2435 = 360 ppl for that MTT , and restrict the sattalites so if you already have a ticket, you can’t enter another 1 that week… so 360 unique ppl have tickets for the “poor-boy MTT” , and NO WAY should those tickets carry over to the following week.

Thats a great format for 1 of these mother of all “sattalite in” MTTs.

Great way to look at it Sarah. I’ll tell you what. I played in a 5k yesterday waiting to get in on another tourney and that had to be one of the best tables I played on. No bingo, just great well thought out poker playing people and hands. It was so tight and friendly that there must have been 7-8 people in the lobby chatting to the table. I could go on and on but you got some good ideas posted there. I’m just gonna collect tickets when I can, have great poker play and see where this lands. If you get a chance and see me registered for one ( usually after 2 pm EST ) come join me. Usually only about 40-45 players in them 5Ks.

We don’t currently have any plans to combine tickets for a larger entry fee, though we do have some changes incoming to Satellites, and we do want to offer bigger tickets in the future. I’ll bring this up in our next suggestions meeting and keep you posted on what we decide.

Thank you Ash. I think combining tickets is a great idea. Keep us posted please.

Craig,
I hate to disagree, but I disagree … the tickets are for a specific reason, and the lower entry ones are for the poor ppl, not ppl like you … Im not a fan of combining tickets, because it screws up the whole point of the tickets in the first place, plus and more importantly… If you want a cheap entry into a 50k, you must @least “risk” the entry for a 50k ticket MTT.

As I described above, the usual reason for sattalites, are entry into 1 specific MTT, not a broad blank check to enter ANY of multiple MTTs with same entry fee… AND (usually) you pay 1/100th of the ticket you are trying to earn… thats why I call these “ticket MTTs” not “sattalite MTTs”.

Ok,ok you can’t blame a guy for tryin,

At least it’s going to be discussed

Craig,
I hope you saw I meant no disrespect, I just disagree…

No worries Sarah. We agree to disagree at times. I see your side of it.

I’m just glad it’s up for discussion. It’s healthy to debate the merits of ideas

Now I got this damn Replay Poker blog thing on my mind lol.

We discussed this today and it’s not a feature we’re planning on adding. Really appreciate the idea though, and don’t hesitate to keep them coming!

Thank you for the update and the consideration!