I just for a chat warning in my messages on this site and all I ssaid is for people to speak English in a sit n go tournament and that most of people at the table spoke English and didn’t understand Spanish. Can any one please what is wrong with saying this and what the warning was for

They should explain. Can you please post the hand number in question?

but I can copy and paste the warning

You should have said it in Spanish

Well, its not intended discuss moderation here. I’m suprised as the hand number should sent to you in that messages.
Far as I know, chat is not restricted to English only.

Or, You could ask other moderator, but first, I suggest ask the person who sent to you. Its should made clear what you did wrong.

People come here from all over the world to play Poker. It is a universal language.(poker, that is) Some ppl will find a national compatriot and will choose to converse in a mutual language. That shouldn’t be a problem for anyone. If you wish to understand what they are saying, apply yourself to learning their language.

OK…1) This is a world-wide chat, so what makes you think that English is, or should be, the accepted norm?
2) If you are really bothered by another language, and wish to know what is being said, just open another window and go here www.yourfreetranslation.com/ Just copy and paste the language you want translated.

To me, as an American, I find English-only requirements smack of some sense of cultural superiority at best, and racism, at worst.

well to tell you Dogpatch

!st I a an aericn and also a veteran and I do that English is spoken and understand all over most of the world.

2nd English is a universal language

There is a rule in most US casinos for English to be spoken while a hand is in play. It’s common sense, really. In one casino I play at that has a predominantly Asian clientele, this rule is posted prominently (in English) on the cover of the autoshuffler. The rule prevents players from colluding in an open manner (typically, several friends who all sit at the same table, all of whom speak a language other than English) and in addition, the “English only” rule usually extends to any foreign language conversation between players and dealers even when a hand isn’t in play. The purpose of the rule is simple and unbiased: it’s to prevent bias and collusion. It is only in this sense, and again in US casinos, that English is the “universal language” at the poker table.

That aside, and this being an international platform for playing poker for no monetary gain, it wouldn’t make sense that English be required in chat. And if you think about it for just a second, the use of any one language in chat cuts both ways.

America leads the world and English is the universal language. I have been at tables in casinos where pit bosses have had to correct Asian players to speak English while a hand is in play. This is something that RP has to make a decision on…

America leads the world and English is the universal language.

lol
As far as I know, Chinese and Spanish far more spoken. Spanish may take over USA.

This article ranks human languages by their number of native speakers. However, all such rankings should be used with caution, because it is not possible to devise a coherent set of linguistic criteria for distinguishing languages in a dialect continuum. For example, a language is often defined as a set of varieties that are mutually intelligible, but independent national standard languages may be considered to be separate languages even though they are largely mutually intelligible, as in t...

If non native, may French more then English.

yes, know that. (PLS Try to change it, see what happens.) Show me better… 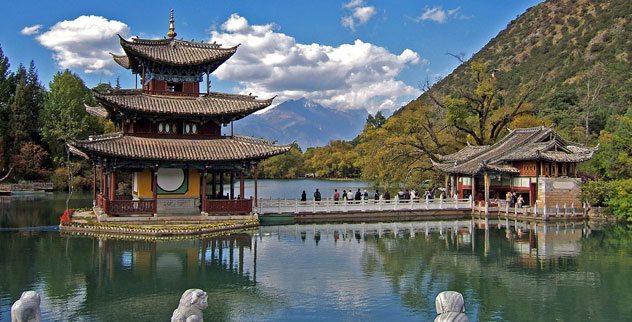 Top 10 Most Spoken Languages In The World - Listverse

Most Widely Spoken Languages in the World

There are over 7,000 languages in the world, each with their own histories and sounds. All of these should be celebrated. But, some languages are much more widely spoken than the rest. Find out which languages keep us connected and keep the world...

Well French used to be the universal language but only for the ruling elite of the time. It was until recently a diplomatic language. Now it’s dying a little bit more everyday. We’re infested with English words/phrases often misunderstood. I know a language is supposed to evolve and to use at times other languages but now it feels like the only people who care about French are from… old colonies. Go figure!

I think English is also evolving a lot as a “universal language”, I’m not sure it’s for the best.

But it was way off topic, I don’t see a lot of French players on RP but when I see a Canadian who might speak French and I feel like to I’ll chat in French. Same with Spanish speaking people (since I speak Spanish). I never collude with them though since I’m not a cheater and I don’t see why we should stop speaking another language. If someone wants to cheat he can do it without even chatting. If he wants to collude he can use a variety of IM apps which are far more discrete.

I understand the casino rule and that’s a good one but on a free chips poker site? There’s no point.

I don’t see why we should stop speaking another language.

If was not clear , I aggre with that 100%.
( I read about French may come back as world wide, also English/Spanish mix up soon and became one. )

Anyway, when I was moderator, RP or/and mods never warn someone becouse of that. It was clear that time RP dont want strict player chat to the English.
IF Someone want to collide, they not do it over chat. People have to understand, chatbox is just a added future to online poker, not part of it.
You just cant chat like at real poker table.

So, I like to know why the OP got warned, it is not clear. Since He made a topic on community forum, instead ask other mods or the issuer, or RP directly.
I guess a rookie mod or something. ( this is just a guess ) Made a quick call and boom.

as I said, yes, true. I dont get it what you try to say with that. We can discuss wiki, if you like.
Try submit a change, lets see its will change or not.
Also, to add, and change word in your comment , true too [quote=“gbus, post:18, topic:3895”]
amazes me that some people us history has a reference when history can be changed and history information on is not always true
[/quote]

If was not clear , I aggre with that 100%. ( I read about French may come back as world wide, also English/Spanish mix up soon and became one. )

It was cristal clear, I just answered to your French comment

I’d be interested to read that article on French coming back worldwide if you can find it.

English/Spanish mix? Meh I know it’s a popular theory I’m not sure it can be done since the grammar is so different. You could have a new dialect though mixing up words but keeping the grammatical structure of English (well what’s left of it ^^). The dialect of the “proles”