People on here who call off their stack with Ace high, gutshot draws, bottom pair, ect. have no respect for the game.

And to be clear, when I say stack off with Ace high, I mean calling an all in on board like 6 7 9 (when you completely miss the flop) not jamming pre-flop with something like A K.

I don’t know if you missed the lecture.

The point of poker is to win your opponents chips. Making unusual or unexpected play is something that is probably very profitable against players like you.

Try it against me and see what happens buddy.

Someone tried that play with A Q on a board like that yesterday against me and got busted by me - I had top pair pair and knew they didn’t have jack squat so I raised them putting them all-in and they called with Ace high. Getting the money in when you’re 2 - 1 (or more) dog is not profitable when you’re not getting odds.

Making unusual or unexpected play is something that is probably very profitable against players like you.

Now we all know who the fish at the table is - hint: it’s not me.

Amended to add: Having said that, there are PLENTY of people here who are very, very good poker players and know exactly what they are doing. Learn who they are and look for them if you want a “real” game.

I never said I don’t like it when people play badly against me (I’ll play against someone that’ll stack off with garbage all day) - I said it’s bad sportsmanship to play poorly when you know better.

I might suggest that it’s more important to respect your opponents, regardless of their play styles or skill levels. Poker is a game, the other players are people.

I might suggest that it’s more important to respect your opponents, regardless of their play styles or skill levels. Poker is a game, the other players are people.

Phil Hellmuth is my favorite player for this reason - he always treats his opponents with the upmost respect! 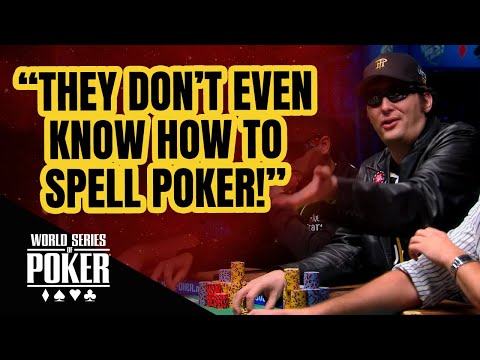 Yeah, Hellmuth is a great poker player, no argument there.

And perhaps the whiniest, most hypocritical jackass ever to sit at a table.

Those aren’t mutually exclusive things, of course - and they do make for great entertainment at times.

Hellmuth is an embarrassment to himself and a laughingstock in the poker community. That you seem to admire his petulant child antics says a lot.

Yeah, he can play, but he will be remembered as the clown he is, not as a player to respect.

That clip that above is Phil at his absolute whiney, holier than thou, jackassian best (worst)! He actually stares at Levy and says “I’m not tricky enough to play Q 10 this good, am I?”

Well, someone was, Phil… someone indeed was.

It’s pretty absurd to think that recreational players who make bad moves (and in the process feed other players with play money or real money) are disrespectful.
They simply make mistakes in the same way that an amateur tennis player misses balls.

As an aside, in real money there are also players who make the mistake of paying big bets with just 4 outs draws for example

16 WSOP Bracelets - enough said. Let me know when the rest of you clowns in the “poker community” catch up to him.

Those aren’t mutually exclusive things, of course - and they do make for great entertainment at times. 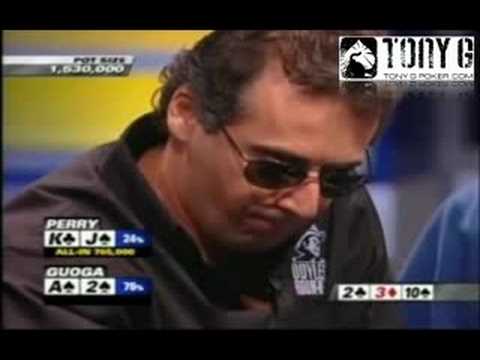 Luke Schwartz was hilarious in this podcast 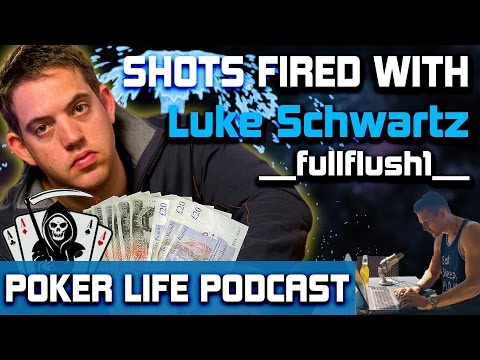 Let me know when the rest of you clowns in the “poker community” catch up to him.

Aren’t you in the poker community too?

I would think this means you are calling yourself a clown, but no, you call yourself a “poker king!” LOL

I’m done with this thread, but thanks for the chuckles.