I’ve been watching Daniel Negreanu’s WSOP vlogs over the last month, and it’s been fascinating to watch as one of the world’s best players tries to cope with a poorly-timed cold spell. The guy can’t seem to win a coin flip to save his life.

He’s down over a million dollars in this year’s series, and I think a big part of that is that he let himself get into a mental funk where he expects the worst outcome. His mental state has been making him play poorly, or at least poorly for DNegs.

It’s hard to say how much is bad luck and how much is bad play. Most of what I’ve seen has been hands he himself selected for his vlog. Are these really representative of the totality of the hands he’s played? I don’t know, but I suspect not.

Poker is not just a game of math and luck, it’s also a game of mental endurance and resilience. If you aren’t in the right mindset, you won’t do well in this game of ours. 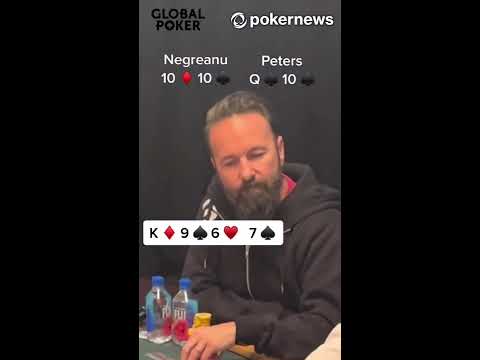 I’m not being critical of the guy. Back in the day, I’ve lost 10k in month and that was pretty hard to take. A million? Yeah, that’s gonna leave a mark, even if you can spare it.

And yeah, I’ve seen him make quite a few really questionable plays. Getting it in as a slight fav might be fine in a cash game, but it’s tournament suicide in the long run. Surely he must know this? SHM

Yes Craig, that was well publicized, but it got worse… much worse.

I won’t link his latest vlog because it’s not exactly community friendly, but wow.

Again, I’m not trying to bash the guy. My point is that one shouldn’t sit if their head isn’t right.

Yes, that why I posted the calmer one of the two. Something is definitely broken in his brain housing group.