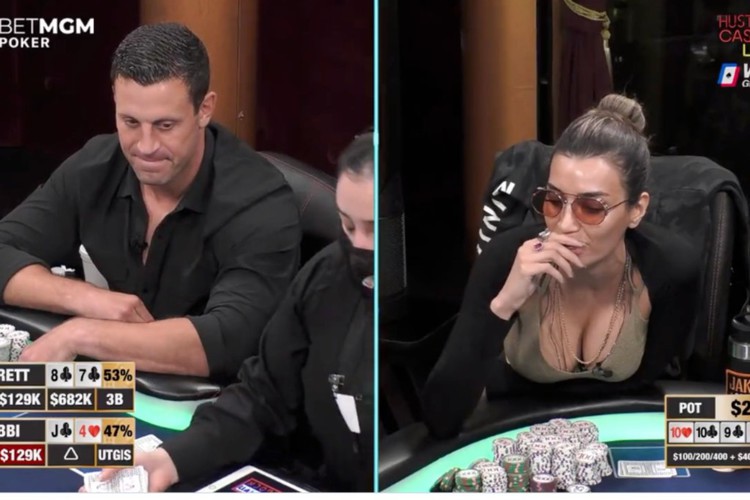 One of the wildest calls you'll ever see has led to allegations of cheating in poker.

I watched this live and it was crazy! I think it is too early to say what happened really and I’m sure there will be investigations, not the first time HC has had ‘out of the ordinary’ action on stream.
You can certainly tell Garrett and Andy are spooked by it. I’ve been reading that Robbi is actually bankrolled by RIP another player at the table which makes the waters even more murky if it is true.

The real story has yet to come out. It’s gonna ba a doozie. Stay tuned.

I think she misread her hand and thought she had J3. She even says when deciding “I have a 3.” Facing an all in from Garret who bluffs quite a lot, calling with bottom pair is not entirely unreasonable. If she was cheating and knew his cards anyone should know calling a turn 3bet 2x pot shove with jack high and no draw would attract a great deal of suspicion, something you would want to avoid.

This clip has the previous hand where she had J3, so some wires may have been crossed in her mind. 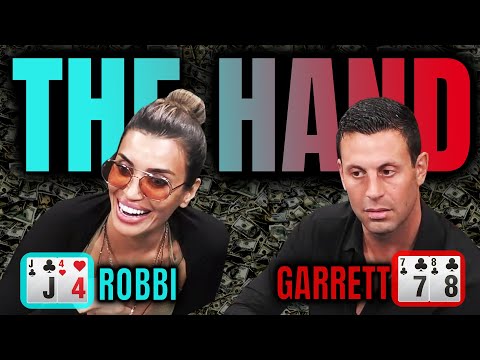 How many times can she look at her hole cards and see J3 when it’s actually J4 ? She must have looked at them at least 4 times. New glasses perhaps ? I think not… 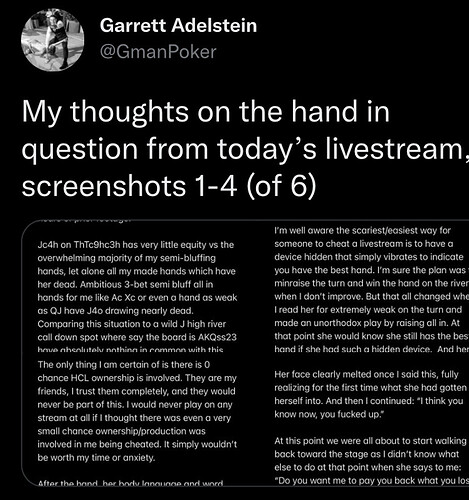 Exactly! There are so many red flags in what she did and what she said just does not make sense.
“I thought you had an ace”, why would anyone in their right minds call an all in with a jack high when they though the villain had an ace? Utter nonsense.
This hand will be picked apart forever.

Just to add at 6:25 in the video you can clearly hear andy say “You hit 3?” and she shakes her head and says “no…no” so her line of mistaking her 4 for a 3 is blown out the water right there.

Spot on. And who offers to give back money ? ( and she did ) , It’s poker. Something hugely fishy here.

Maybe she saw JA instead of J4. That is at least plausible.

She’s a new player, not a lot of experience. I remember seeing a televised celebrity poker match one time when a player made a similar call on the turn and sucked out on the river. This player said, “I knew you were bluffing”, and the other said, “So you called with a hand that couldn’t even beat a bluff?”

She isn’t a new player, she has been playing low stakes for at least 10 years and made it to day 3 of the WSOP so she is unknown but no rookie. She was also freerolled by ‘RIP’ another player at the table which they failed to tell the rest of players which is sketchy too for soft play purposes. This is why ‘RIP’ went off on Garrett for taking the money back because half of it was his.

She she saw J3 over and over again but she had J4. She is not new to Poker.

This is why ‘RIP’ went off on Garrett for taking the money back because half of it was his.

True words in your whole post and this qoute is exactly correct.

I’ve changed my mind on this a bit. I’m not saying she cheated, but there are a few things that don’t make sense. What could be initially dismissed as a misread has a lot more going on.

There is a mandatory straddle from Garrett. Robbi made an optional UTG straddle. The action folded to Garret who raised and Robbi defended. Nothing wrong with this, given the amount of dead money and that she was closing the action in position, it’s reasonable to defend with almost any two cards here. Ranges should be very wide. I don’t know if J4 is in that category but it’s not suspicious in itself.

Maybe she learned how to play on Replay, so she just never folds, regardless of what she’s holding.

There nothing more she can say that can justify any of her actions. She dug herself a huge hole and no amount of trying to justify what happened can fill it. 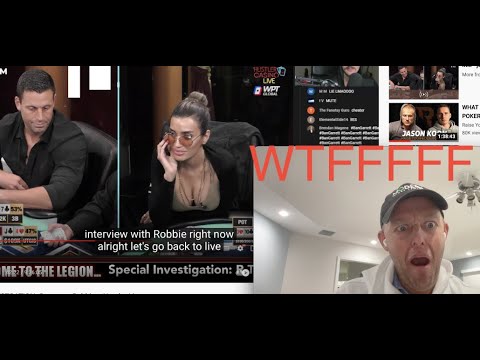 Hustler Casino has said neither player will be invited to return until the incident had been investigated. 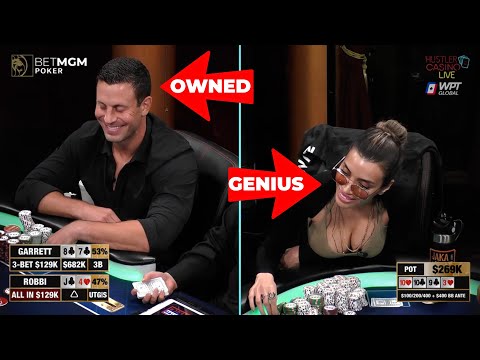 I think the whole stream should be suspended until the investigation is complete. Any time there is legitimate question on the integrity of the game, play should be immediately halted. If one person was able to cheat it means something or someone may have been compromised in some way. I for one would not join this game until several questions have satisfactory answers.

I agree. It’s under investigation now so stop the coverage because anything now is just speculation. We all saw what we saw. Let it play out with the investigation committee.

Then we can trash the decision