I read a story on FB last evening and I wish I could copy and share but not able to figure that out.
The Pic was of a big dog (like a Rottweiler)dog sitting up and next to her was this cute, pretty lil curly headed girl (Meredith) with a big smile on her face.
The 14 year old dog(Abbey) had died and the day after she passed away, the 4 year old little girl was crying and talking about how much she missed Abbey. The little girl asked her Mother if she could write a letter to God so that when Abbey got to heaven, God would recognize her. Her Mother dictated the letter that Meredith wrote to God.
Dear God,
Will you please take care of my dog? She died yesterday and is with you in heaven. I miss her very much. I am happy that you gave me her as my dog even though she got sick.
I hope you will play with her. She likes to swim and play with balls. I am sending a picture of her so when you see her you will know that she is my dog. I really miss her.
love,
Meredith
They put the letter in an envelope with the picture and Meredith addressed it to God/Heaven.They put their return address on it. Meredith put several stamps on the envelope because she said that it would take lots of stamps for the letter to get all the way to heaven.They mailed the letter. Days later there was a package wrapped in gold paper on their porch, addressed “To Meredith” Inside was a book by Mr. Rogers called, “When a Pet Dies”. Taped to the inside of the front cover of the book was the letter Meredith had sent to God in its open envelope. On the opposite page was the pic of Abbey and Meredith and a note:
Dear Meredith,
Abbey arrived safely in Heaven, having the picture was a great help and I recognized her right away.
Abbey isn’t sick anymore, her spirit is here with me, just like it stays in your heart. Abbey loved being your dog. Since we don’t need our bodies in heaven, I don’t have any pockets to keep your picture, so I am sending it back to you to keep in this little book, a memento to remember Abbey.
Thank you for the beautiful letter and thank your Mother for helping you write it and send it. What a wonderful Mother you have. I picked her especially for you. I send my blessings every day and remember that I love you very much. By the way, I am very easy to find, I am wherever there is love.
Love,
God
On FB it said this story had been verified as 100% true, I was so touched by this I had to share.The story was signed by Mary Jane(assuming this to be Meredith’s Mother).
KIndness is always touching and hoping this story brings kindness to your heart to pay forward.

I dont now about God,somthing it is!! That i know is ower littel hearts have so big hearts,give us all love evryday all time!!!

THIS IS A TRUE STORY IT HAPPENED TO ME

Elsa AND FALCONRY IN NEW MEXICO

Very sweet story. I’m so happy you kept Elsa instead of putting her down.

what a great story!! What a great vet you are and how lucky Elsa was to have had you and your family to be with. Truly amazing!

I cant type my story about my Lucy its so long - she was with me for 18 years, will try to put to together soon and post it - it will make you laugh , cry , tip your hat, shake your head and some. But before I share Lucy,s story its took 5 years since she passed and now I have adopted my always and forever 2 months ago form a rescue center in Spain - I have renamed her Dana as the rescue center she is from is called Adana and Dana and it means “the most perfectly sized, valuable and beautiful pearl”
When I go back to Spain I always go to the rescue center to help out and that’s how me and Dana met. If you get the chance my friend wrote this recently and about the lost / lonely boys at the rescue center - since he wrote this 1 of them got adopted 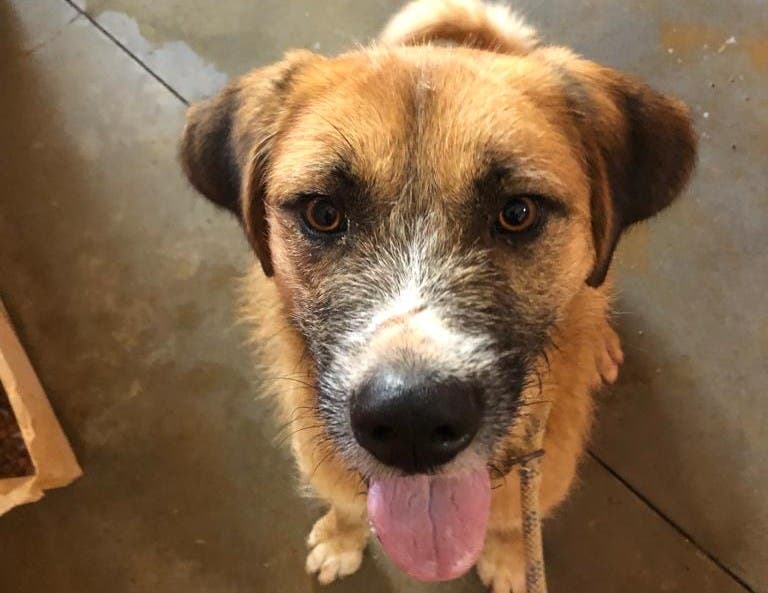 The Lonely Boys: Shaggy dog stories from Adana animal shelter in Estepona on...

A volunteer at ADANA dog rescue centre in the hills above Estepona, Ian Ryles has discovered a deep love for those dogs that no one else seems to want