Any books that you have read has helped your game

this is still one of my fav : Download Decide to Play Great Poker: A Strategy Guide to No-Limit Texas Hold Em free PDF by John Vorhaus - OiiPDF.COM

Lots of books here in a thread already

Can you recommend a poker book? Poker Discussion

Recently, someone asked me to recommend a basic book on poker strategy for him to read. Being an older player, my first thought was to point at the books from the 1940s through the 1970s that covered all the then-common games being played (5-stud, 7-stud, draw poker, the various community-card games–the forerunners of the Hold’em/Omaha family of games). Authors like John Scarne, Oswald Jacoby, A. D. Livingston, David Spanier, Frank Wallace, and Peter Steiner came to mind. The basic strategies of…

Where The Crawdads Sing by Delia Owens…i couldn’t put it down. Fantastic writing!!
Haven’t seen the movie but friends say it was good .

I really enjoyed reading the book The Biggest Bluff: How I learned to Pay Attention, Master Myself, and Win, by Maria Konnikova. I generally go in search of books or videos that are instructional when I start a new venture, like poker or knitting.

If I had to choose just one book for playing live action in a casino, no contest. Mike Caro’s “Book of Tells”

It will pay for itself the first, second and third time you read it and go play at a live table.

It helps at least three ways:

#1 It helps you read your opponent, to figure out what his
cards are.

#2 It helps you realize that you also are giving off tells so that
your opponent can tell what cards you are playing. Quit it.

#3 If you know what the tells look like, you can signal false
tells to fool your opponent into misreading your hand.

I have read quite a number of poker books including some of those mentioned above, but I don’t think any of them are particularly helpful as far as winning tournaments on Replay Poker, though all of them contain interesting ideas that can make you think about your game.

I think the book has still to be written that is a good beginners guide that takes the player from knowing nothing at all to being a good intermediate player.

Not a book, but I think Poker Out Loud is possibly the most illuminating modern poker content available.

It assumes a basic familiarity with the game otherwise you won’t be able to understand their commentary, so this isn’t for total beginners.

But it gives you insight into how poker players reason during play. For the full content you need a subscription to Solve for Why, but there’s plenty of clips you can find on Youtube to get you started.

The last hand in the below clip is one of my favorite in the whole series. It shows how Matt is able to get an aggro player to bluff off his stack holding essentially nothing. 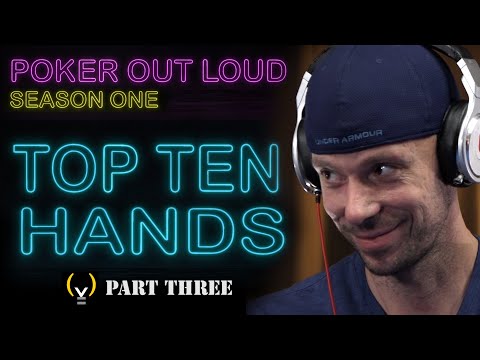 This is one of my favourite books.

I enjoyed this one. Back to basics, back to reality. 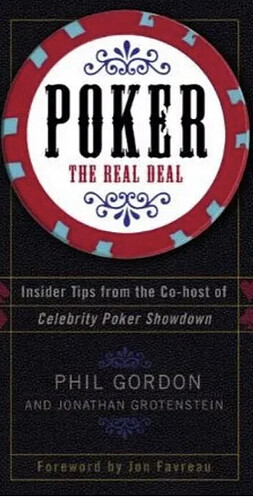 Sklansky’s concept is arguably the most important. Brunson Super System is the classic. Mike Caro is a genius but probably not hugely applicable to online holdem. There’s a lot of online forum content that is more modernized and “hip”, but honestly even less applicable at low or no stakes sites like this.

There’s a lot out there. AFAICT, few players on this site even comprehend pot odds, let alone implied odds, let alone range or EV… so anything that gets you through the basics of starting hand selection, position, and counting your outs is a place to start.

This is a must read 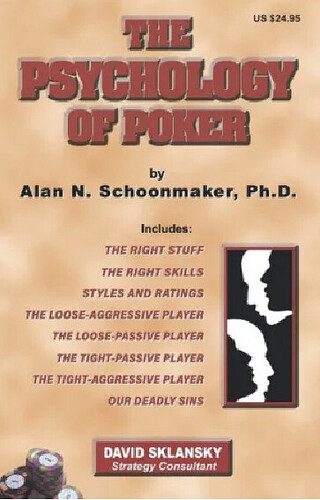 Sklansky’s basic concept is good, however it is difficult to use it in Replay Poker MT tournaments and I will tell you why.

In RP poker MT tournaments you will often start with 100 to 200 big blinds. Now let’s say you are under the gun and you pick up a decent hand like AK suited. No matter how big an opening raise you make, you will almost certainly be called by at least three players.

This completely distorts the value of opening hands like AK suited. AK so did is very strong one on one, because it dominates any other Ace or King other than AA or KK to which you have blockers and if you do make a pair on the flop it is always top pair top kicker.

However in a four-way pot, AK suited is nowhere near as strong. If you do not make a pair on the flop, then the odds are in favor of at least one opponent making a pair or better.

Later on in tournaments when the blinds are higher Ace King becomes a much more powerful hand, because often a raise will not get any callers or only one caller.

Probably the weakest aspect of play on RP is bet sizing. Most players make raises preflop without considering the size and what they are trying to achieve. Are you raising pre-flop to knock out other players or isolate an early limper, or are you just minraising to increase the size of a multi-way pot? Most players on RP do not seem to give much consideration to these factors.

Here is another example. You have a decent stack. Let’s say 10K. You are in the dealer position. It is folded to you. The big blind is small stacked with 1500 chips. Do you limp or raise? Are you prepared to call a bet of 1500 chips pre-flop? If you are not, then you might as well just fold. A lot of players on RP just don’t think about these things.

That’s a strong argument for play money sites like Replay.

Actually everything you’re saying is why I think Sklansky more than anything else around here. The core Sklansky concept is “leveling”. Here’s an article I found at random 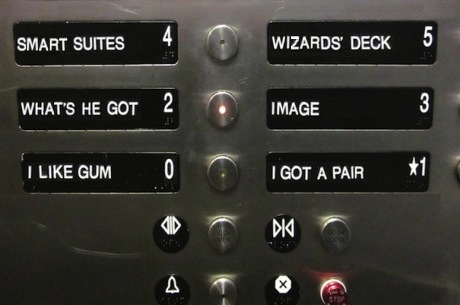 Multiple-Level Thinking in Poker: At What Level Are You?

David Sklansky and Ed Miller say there are no less than *six* levels of poker thinking. At which level would you place yourself when thinking at the tables?

Here at RP, you’re dealing with level 1; people at least know what hand they have (and the app actually tells you your hand lol). My default “read” on any player (even including 3 digit rankings): loose, weak, passive, call station-ish (w/any crappy pair or draw), bet size indicates hand strength.

Given that profile, Sklansky’s relevance is: bluffing is ill-advised. Opponents aren’t going to “get” it; are they even putting you on a hand? You need to value bet relentlessly. It makes playing here frankly boring af, which is why I play for a couple months, and then just shrug and walk away.

Another interesting side note: I play tight and aggressive, but somehow, my aggression is itself universally read as “bullying” and “bluffing”. It’s weird, since I generally have the tightest range at any table.