ADOBE FLASH NOT COMPATIBLE WITH TABLETS

Sorry if this has already been discussed, but maybe someone can shed some light on this issue.

I usually go onto this site with a “desk top, or lap top”. No problem. I purchased a tablet today, and was unaware that NO tablet has Adobe Flash, which this site requires! Adobe discontinued support in 2012 (Ok I’m way behind the times I know). So my issue is, since I am trying to be more reliant on my tablet now because of size etc. has it ever been discussed/considered to move to a different format?
I do play on other sites, and they do have a different format apparently and I am able to play there. Just curious, and yes I also have to (click to open) on my lap top/desk top. I have a Amazon Fire HD 10 tablet.

Maybe they could switch to HTML5 or something. They could probably do that in 3 or 4 weeks, I guess.

See the thread entitled ‘help needed in finding a replacement for Puffin”. If you contact Flashlight he may be able to tell you whether Photon would work on your tablet

SPG, you need to get some throat lozenges for that cough! lol

3 longest running saga’s in the world.

HTML…lol,we have been hearing that for about 3 or 4 years…its a joke man

Yeah, this carrot has been out there for quite awhile.

See other thread re the Photon Browser. I played for nearly 2 hours today using it, then it suddenly crashed so I had to close it and reopen to complete the game, so as others have found, photon can be a little unstable but it’s an option if you have an IPad.
If you have an android tablet then The Puffin Browser is still the way to go.

If you really like this site, start pleading with the site developers to update to HTML5. The clock is ticking for Replay. It’s a great site with lots of features you can’t find on other sites but they have to convert the site from flash and move fast.

Essentially, all major browser vendors will stop supporting Flash at the end 2020. You can refer to Adobe’s official announcement at [https://theblog.adobe.com/adobe-flash-update/ The Adobe site also contains links to posts from the various browser vendors, who posted similar announcements the same day as Adobe’s announcement.

I can’t see the developers here just letting this site go obsolete, they must have some plan in place to make a switch. Has anyone heard any definite news on imminent conversion updates for the site?

there is a way to get to flash on your android, you cannot you use ummm chrome you need to use firefox 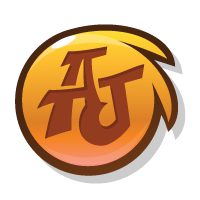 Prior to enabling Flash Player, make sure it is already downloaded on your computer. You can check if it is downloaded by clicking here and selecting the Check Now option. To download Flash Player,...

i got this website working on my android tablet using this method:
https://www.statsilk.com/support/faq/how-to-run-or-install-adobe-flash-player-android-phones-or-tablets

it is not replays fault that steve jobs said flash would be dead by now, obviously he was extremely mistaken as flash is still extremely huge but replay should be on html 5 by now so they stop dealing me the same hand 3 times in a row. You can maybe take the tablet back and get a windows tablet and maybe chrome will run like normal or opera will run like normal and play flash. i don;t think windows has dropped flash as yet

Killa,
I looked into firefox, but thier website didnt list any d/ls for android. Since my pc is on the fritz, using cheap tablet. Finding that altho puffin works ok, many features dont work. My biggest gripe is the betting slider , in puffin , doesn’t work. I tried to go buy adapter, but seems noone sells a correct microusb to usb thingy. So I can’t just use my pc’s mouse to solve problem.

Since new to tablets, how are other ppl making bets other than whats avail on ltd buttons… Like 2x 3x AI, proper bet sizing needs either the slider or manual input.

Since I cant seem to find accessories that are micro-usb, why do so many tablets only have microusb??? And, Killa, will then i still have that problem if I manage to get firefox working on this tablet ???

Sas you have to remember to it’s the operating system blocking the flash you need to download andoird i think it’s flash x4 was the last release for android. if you follow the guide it should get it working on your tablet unless android have update to totally exclude any work around currently in place. firefox is the third party but you need to follow guide and install the last flash that worked on android, you can’t use 3rd app to get flash working flash needs to be operating on android or it doesn;t matter what 3rd party app you use it won;t work but my suggestion is getting a cheap ass windows laptop, they very cheap. Slow but they will work.